LCHF (Low Carb High Fat) and Keto (Ketogenic) are terms that have often been used interchangeably on western sites. The resultant confusion has made switching to an LCHF diet a nightmare for Indians. The Indian diet is a predominantly carb loaded one; the chart below underscores that fact. FAO (Food and Agriculture Organization of the United Nations) data outlines that people from developing nations derive a relatively higher percentage of their energy from cereals.

Hitting the Keto range of carbs will be difficult for Indians, as for generations we have relied on cereals –which are high in carbs– for energy. That reality notwithstanding, many Indians have given the Keto diet a shot as its popularity in India has risen in recent years; but long-term compliance rates have not been very impressive.

Carbs are the “cheapest” source of energy, so the trend among developing nations is understandable. The fact that many Indians are vegetarians, which takes out all sources of animal protein from the diet, does not help the Keto cause either. To put that into perspective, the average meat consumption per Indian was barely 4kg/year versus 120 kg/year for the U.S, in the year 2009.

While adhering to a Keto diet will definitely be difficult for vegetarians, shifting to an LCHF diet will not be such a Herculean task. All it needs is a few tweaks that are simply based on the liver’s glycogen holding capacity – around 120gms. The liver’s glycogen holding capacity is used to derive the ‘20% max carbs’ rule and that can be used as the starting point to frame a diet inclusive of all the macro nutrients. From there, individual tweaks based on per-meal and per-day carb tolerance levels are factored in. For an average person consuming 2,000 calories per day, the daily carb limit would boil down to roughly 100gms. This formed the basis for defining:

Once the carb component is taken care of, re-designing the diet plan becomes simpler, as we only need to spell out:

However, we found that even with the three clearly defined touchstones above, making the switch to LCHF was neither smooth nor swift for a lot of people. This then prompted us to design an easy custom-built transition plan executed over three weeks:

Combine all the bullet points into one and we have the “Indian” LCHF Diet — something that even vegetarians have been able to transition to and stick with long-term.

Working around and going beyond all the limitations mentioned above, we created a designer version of low carb, specifically catering to the Indian ethos. At dLife.in, we’ve perfected the art and science of applying the 20% carbs rule. Although the recommended carb count for effective blood sugar control is 100gms, well thought-out meal plans allow most dlifers to cap it at 50-60gms while enjoying delicious, satiating meals day after day.

A ketogenic diet is LCHF, but not all LCHF is ketogenic. The Ketogenic diet is a stricter subset of LCHF, that does not give as much carb-leeway. Once the LCHF principle is well understood, moving on to a keto diet becomes an optional personal choice that is just an easy step up.

This may seem like a lot of information to take in at first, but the highly skilled mentoring team and an efficient peer-to-peer support system at dLife make sure that you are never lost or alone. We spare no effort in putting you back on the road to health and wellbeing. We put YOU in the driver’s seat on your journey to self-actualization.

The four aforementioned bullet points are discussed in detail on the community, along with more related science and fun facts. For unrestricted access, please register by clicking the Join Now button below: 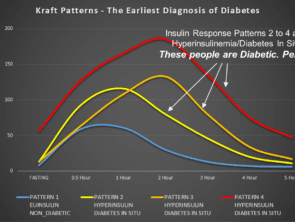