Skip to content
Home
/
Reviews & Media
/
dLife.in – A Ray of Light and Hope Shining Across The Sea of Sugary Despair – Ben Fury

When I started SUGARbriety International Inc in 2016, my mission was clear, “Save the world from sugar addiction.” I saw how there were pockets of wisdom about the dangers of sugar, and vast ideological deserts where conventional thinking laid waste to diabetics and the obese with bad advice and toxic medicine.

As an international group, we’re concerned with helping sugar addicts everywhere to break the sugar habit and start eating real nutritious food. We now have members in 51 countries and we’re planning on translating our message of hope into as many languages as possible.

I was very pleased when Shashikant Iyengar joined SUGARbriety Facebook in February 2017. He brought his uniquely Indian perspective to our discussion. When he asked me to review dLife.in, an Indian LCHF Keto Paleo Diet Community, I was glad with what I found. dLife.in is EXACTLY what we need to see more of. Local real food activists changing their own health and sharing what they learn in the process with people around them.

India’s unique culture, religion, and cuisine pose a special challenge to implementing Low-Carb/Healthy-Fat diets to reverse diabetes and obesity. A typical 21st-century Indian diet is extremely high in sugars, simple carbohydrates, and man-made oils. Protein is typically low and of low quality. Major multinational companies spend millions to advertise nutrient-poor carbage while positioning it as if it’s great food. Nestlé pushes Ceregrow and Milo as if they’re health food for your child and Party Treats like they’re a harmless indulgence. Nothing could be further from the truth. This onslaught of sugars and carbohydrates is turning the Indian diet into a recipe for disaster and an epidemic of diabetes and obesity.

That’s where dLife.in comes in to save the day. Diabetics are getting on LCHF and off their medications. They’re lowering their A1c’s to non-diabetic levels with food, not drugs. They’re giving back to the community by sharing their knowledge and their recipes. They’re the embodiment of ahimsa, bringing compassion and caring where the medical system’s failed and wrongly condemns diabetics to a life of disease and endless decay.

dLife.in is a ray of hope in a sea of sugary desperation. We CAN save the world from sugar addiction. We WILL save the world from sugar addiction because we have friends like you at dLife.in. Together we are better. Across the world, the message of hope is spreading and will not be denied. Diabetics are doing it for themselves and are learning how to reverse their diabetes naturally with low-carbohydrate nutrient-dense REAL food.

Thank you for inviting me to dLife.in, Shashikant. You and your online friends are doing fantastic work and I’m extremely proud of you all. You are an example of the tremendous good that online communities can accomplish. And for that, I’m thankful. Thank you, Anup Singh for starting this group, and thanks to all the members who make it great! 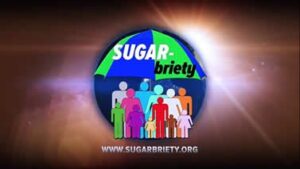