Anita’s success story is special, as several health issues got fixed on Indian Low-carb High-fat (LCHF) diet. She was hospitalized with an FBS of 656 mg/dL and HbA1C of 10% in January of 2014. She was released from hospital with a laundry list of drugs to take. Her weight was 118 kg and she had to switch her job due to mobility issues. To put it simply, she was a Type 2 diabetic, and the so called healthy and balanced diet only kept her weight moving up, and her diabetes management became a nightmare.

Slowly, over the next few years, weight gain was on the up. In 2013 my weight went up to 115 kg. Weakness became very profound and vision started getting blurred. In Jan 2014, when I was in a miserable state. I did my health check, and to my utter surprise I found my FBS to be 656 mg/dl . HbA1c was more than 10.

After being in the hospital for a few days, I was prescribed a huge list of medications. Metformin, Glimepiride, Voglibose, Sitagliptin. My sugars were in control, but my weight went on up to 118. My blood pressure also started shooting and I was pescribed medication for that too. Weakness and weight issues made me quit my job in Jan 2015, because I could not travel too far. I joined another job near my house in mid 2015, and in that new job, I had a dedicated PC to me and (I) started searching for some way to control my weight and sugars with alternative method of treatment.

What Happened in One Year of Switching to LCHF

She had the following to say:

My health checkup done this year, showed my HbA1c to be 5.8% and lipids, uric acid, all were normal. My colleagues have now seen me come out of the miserable situation and three of my friends have started following guidelines of LCHF to a great extent. I do weekly fasting of 24 hrs, and IF daily.
LCHF is part of my lifestyle, and I don’t need to do any extra effort. Insulin resistance has gone down, and even if I eat sweets or biryani or any HCLF for any meal, sugars do not go out of range.

Remember, in the midst of her journey, she was strongly discouraged by the doctors against LOW CARB HIGH FAT DIET. So much so that any problem that she tried discussing with the doctors, she was blindly told to quit LCHF. PATHETIC to say the least. But, she stuck to plans, and today she is happy that she did.

Check her success story thread on the forum:

Every success story, however big or small, is cheered on the forum by community members, and in this case too it was no exception.

To be the next success story, take the first step by clicking the “Join Now” button below. 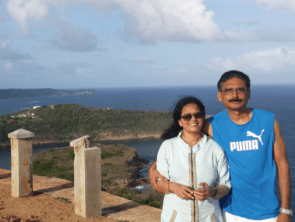 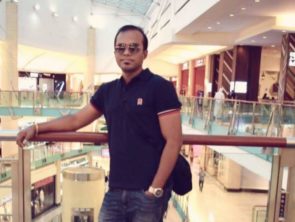