Are these clickbait titles, DIABETES CURE SCAMS, or both? Let’s take a look.

This is a sequel to two articles bundled into one:

The Scam Of Fructose Diet To Cure Diabetes

Last year, one video went viral where the magician shows how fructose reduces blood sugar. I call him magician as the live demo, with an ignorant audience clapping, was nothing short of scientific absurdity & nonsense.

The stage is all set for the magic to begin. The crowd is cheering and clapping as the magician arrives on stage with his team of assistants. Not really sure how many of that team were BOUNCERS to handle some well-read diabetic who may have stood up and challenged the magician.

To make it look as if he is a “doctor from the medical field” (which the magician is not), there are a few human skeletons hung up in some part of the stage. Oh no, it’s not a Ramsay brothers movie so don’t be bothered about human skeletons. They are just there to make the stage look occupied. Obfuscation is part of every magic show, right?

Only thing missing to make it look like a P C Sorcar show are the strobes and psychedelic lights. The audience bought tickets to watch this magic.

Here’s how the transcript of the magic goes:

“Sugar was 160 without adding glucose.  When I add glucose it became more than 500. If  suppose I add fructose, the other sugar which is more sweet than glucose, what will happen? Let us see. In another packet I have fructose inside it, along with the blood. And now see what happens.  It became 109. 109. Can you see the screen? Can you zoom in or should I come closer to  the camera? So it is 109 now.

Fructose is found in fruits. When you eat fruits in larger quantities it reduces blood sugar. If you are a diabetes patient and you promise to eat daily 1 kg of mangoes or one dozen bananas, or grapes as much as you feel like, within few days you cannot remain diabetic patient. The lie of 100 years. Don’t eat Mangoes. Because they know. If they eat Mangoes they will get cured. And if they get cured who will come to us.

I have published my research paper on this. I have published my research in a respected journal. Journal of Metabolic Syndrome. You can check on Google. You will find that. In that research paper I have published all this. And now, when the authorities of health they know I am going to expose it. Now they know. Then all the equations will change. Try to understand. Because of diabetes and all related complications, in India, in last ten years India has lost 237 billion dollars, which is just 100 billion dollars less than this years total budget of the country. So the moment you know the truth most of you will get cured.”

Let’s strip this magic bare-naked, as it is nothing but QUACKERY. Points to note:

Such claims of “Diabetes CURE” mostly come from self-proclaimed experts on the China study. That is — VEGANS. They stuff you up with loads of fiber & fructose, and then claim that their diet CURES diabetes. One thing to remember is that DIABETES IS NOT CURABLE. Any one claiming to CURE Diabetes is a SNAKE OIL SALESMAN, A QUACK.

Coming back to the VEGAN propaganda of CURING DIABETES – here’s a graph from a study by Barnard — a vegan whom all vegans in India rehash, and then come up with their QUACKERY like the one discussed above.

Even in comparison with the Standard American Diet (SAD) or ADA (same old High Carb Low Fat nonsense), there’s not much of an advantage. Starting from a level of HbA1C just above 8.0%, lowest that they could get is around 7.3 at best at the 22nd week. Thereafter, it just went from bad to worse, hitting 7.5+ at the end of the 74th week. Is that a DIABETES CURE? One doubts if even a Juvenile with little knowledge about diabetic numbers would ever claim that.

We have 200+ success stories of Indian diabetics who have achieved, by and large, A1C of 6% or lower — far better than what Barnard could achieve, as in the graph above. Still, unlike his proponents in India, we do not claim that diabetes is CURED, because we know that diabetes cannot be cured.

One of the biggest problems with VEGAN propaganda is that they compare their results with the WORST possible diet for a diabetic. They would never dare to compare with results of diabetics on LCHF & Keto diet, as they are aware that their achievements would be dwarfed by the results on LCHF & Keto diet.

So Why Do They Claim Type 1 & Type 2 Diabetes CURE?

Science is against their claims. So, only QUACKS make those claims. They want your money quickly. What better way than to sell “HOPE OF CURE”. Isn’t Rs 6000 for a 5 hour lecture and some kit of CD, and 3 VEGAN meals expensive enough? Or Rs 12000 for a 3 day WhatsApp interaction? It is surprising that people pay such huge amounts for one to three days, thinking that their diabetes will be CURED. If they told YOU the fact that diabetes is incurable, I am sure you would not have paid even a penny.

Diabetes is incurable as of now. It can however be reversed and managed very well.

If you are serious about reversing (and not CURING, as it is incurable) your diabetes, then take your first step by clicking the “Join Now” button below.

The Vegan Freak Show: Witchcraft, Sorcery and a Cure for Diabetes Type 1 & 2 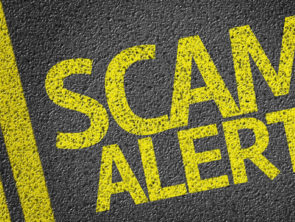 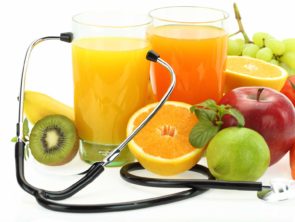 Fructose Diet To Cure Diabetes - Fact Or A SCAM?