DIABETIC KETOACIDOSIS is a life threatening condition, that can occur in newly diagnosed Type 1 diabetics, and known insulin dependent diabetics. It should not be confused with Ketosis. Most Diabetic Ketoacidosis cases are associated with high blood sugar.

DIAGNOSIS: Blood tests show high blood glucose, elevated serum ketones (>3 mmol/l), and an arterial bloodgas analysis with low pH (acidosis) and reduced bicarbonate (which is used as a buffer in the serum to maintain stable pH).

WHY AND HOW DOES IT HAPPEN?

In newly diagnosed type 1 diabetics, there is a lack of insulin in the body. Insulin binds to receptors of tissue cells, and helps glucose enter the cells, where it can be used as fuel. With no insulin, the glucose cannot enter the cells and accumulates in the blood. Meanwhile, the body, after emptying the glycogen stores (stored glucose), switches to starvation mode and starts breaking down fats present in fat cells (lipolysis), with the help of hormones like glucagon. The free fatty acids produced are partly used as fuel, and partly converted to ketones in the liver (ketones are a great fuel for the brain). The tissues that can only use glucose (eg. red blood cells), get glucose that is created in the process of gluconeogenesis, where certain amino acids and glycerol (from fat) are converted into glucose in the body.

This process continues unchecked, as glucose cannot enter the cells, and there is no insulin which could counteract the production of ketones. Ketones are acidic, and when the buffer system of the blood is overwhelmed, the blood becomes acidic. Glucose is lost through urine (but not enough to reduce the blood glucose to safe levels!), and because of high glucose in the urine, water is pulled from the blood, leading to dehydration. Dehydration and acidosis are a toxic duo for the body.

THE GOOD NEWS IS THAT WITH A LOW CARB DIET AND BETTER BLOOD SUGAR CONTROL (IMPROVED HBA1C), THERE IS A REDUCED RISK FOR DIABETIC KETOACIDOSIS.

KETOACIDOSIS (EUGLYCEMIC) IN DIABETICS AND NON-DIABETICS

Ketoacidosis WITHOUT highly elevated blood sugars (definition in the literature varies from below 250 mg/dl to below 200 mg/dl), can occur in diabetics and non-diabetics, and is called Euglycemic Ketoacidosis.

It occurs with much less frequency than regular Diabetic Ketoacidosis with high blood sugars. Some groups of people are more susceptible to Euglycaemic Ketoacidosis, and since it is a lesser known but equally life threatening condition, it is important to know when to raise the alarm bells.

WHO IS AT RISK?

WHY AND HOW DOES IT HAPPEN?

The conditions leading to ketoacidosis in diabetics and non-diabetics can be summarised as follows:

SOME ROUGH GUIDELINES TO KEEP YOU SAFE:

If you have symptoms of ketoacidosis (with or without high blood sugar), then urgent medical attention is needed.

The urinary ketone test is not reliable enough for diagnosis.

For those on a very low carb or ketogenic diet who have blood ketone testing strips, the following is relevant:

The above are guidelines, if in doubt seek medical attention!

WHAT HAS LOW CARB GOT TO DO WITH THE ABOVE MENTIONED CONDITIONS?

Low insulin levels and certain stressors and triggers (see above in the why and how), can lead to accelerated ketone production. If you are a Type 1 diabetic, you should be extra alert for the above mentioned changes. Always keep your hydration optimal, and pay attention to what your body is trying to tell you. There is no one size fits all; some Type 1 diabetics can fast for days with health benefits, and others not.

SO SHOULD PREGNANT AND LACTATING WOMEN AVOID LOW CARB?

If you follow a keto diet, you should be extra alert if you become ill, or involve yourself in sudden increase in exercise. Make sure you take in enough calories, proteins and liquids. 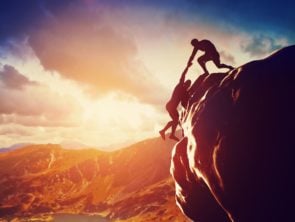