Two terms attract diabetics the most. They are “Diabetes Friendly“, and “Diabetes Cure“.

I have seen many diabetics simply falling for  anything that is packaged as Diabetes Friendly, or claiming to Cure Diabetes, without due diligence. Most diabetics do not know how to test whether a food spikes their blood sugar. Due to lack of this simple knowledge, they fall into the trap of slick advertising, or adopt well meaning but ignorant advice from friends and acquaintances, or believe what nutritionists and dieticians tell them, without testing whether the advice is really grounded in hard fact, and suitable to them.

During my long journey to get my numbers to the non-diabetic range, I have come across various claims, products, and spurious advice on how to lower my numbers. In this series of articles, I will take a look at whether claims of various “Diabetes Friendly” products are really true. These articles will supplement the “Horrible Foods” series of articles.

Conventional Diabetes Management has certain basic flaws, due to which it fails to provide a reliable long-term solution to the problem of Diabetes. Some of these flaws are:

1. Focusing only on Blood Sugar levels, and ignoring insulin levels.
2. Too high recommendations for Blood Sugar levels for diabetics, leading to various complications of Diabetes in the long run.
3. Adopting a pharmaceutical centered approach to achieving target blood sugars, leading to a ham-handed approach to a problem that is dietary in nature, and
4. Recommending a high carbohydrate diet, which leads to high blood sugars.

As per the American Diabetes Association (ADA), an HbA1C of below 5.7% is considered normal, whereas an HbA1C of 5.7% up to anything below 6.5% is said to be Pre-Diabetes. It is only when an HbA1C of 6.5% or above is reached, that a person is declared to be diabetic.

Similar is the case for Fasting Sugar recommendations. Whereas the normal Fasting Sugar level is up to 100 mg/dl, the ADA diabetic range is only 126 mg/dl or higher. This lulls diabetics running extremely high fasting sugars into a false sense of security. Further, it leads to a high rate of Diabetes complications.

In contrast, we at dLife.in are happy only with an HbA1C of 5.6% or below, and Fasting Sugar level of 100 mg/dl or below. Dr. Richard Bernstein, a legendary figure in the diabetic community, has often stated that diabetics have a right to non-diabetic blood sugar levels. We follow this adage, and find it easy to achieve with Indian LCHF Diet.

Another very important point that the conventional system overlooks, is that “Type 2 Diabetes is an intolerance to Carbohydrates“. This is a fact. Carbohydrates are chains of glucose molecules in various forms. Once metabolised in the body, carbohydrates break up into glucose molecules. Since a Type 2 diabetic cannot deal with glucose normally, every time a Type 2 diabetic consumes high amounts of carbohydrates, their blood sugars go through the roof. This point will be further investigated in a future article on Insulin Resistance & the Metabolic Syndrome.

Suffice it to say, that the ADA standards and Conventional Diabetes Management do not provide a safe and reliable long term solution to the problem of Diabetes.

In this situation, when one is faced with sheer callousness reflecting in the official standards, in a climate of ignorant advice from celebrity dieticians & nutritionists, and with various companies selling ‘Diabetes Friendly’ foods through eye-catching ads with celebrity endorsements, what is a diabetic to do? How do we sift between what works and what does not?

We at dLife have come up with a simple solution, viz. “Test for Yourself”.

Testing Foods for Yourself

A simple way to test a food for suitability, is to have the food, and test your blood sugar after 1 and 2 hours of first bite. Your blood sugar at one hour should not exceed 140 mg/dl, and at 2 hours should not exceed 120 mg/dl. Anything more, and you can determine that the particular food, in the given quantity, is not suitable for your constitution. By testing frequently, you can build a mental database of what to eat and what not to.

After testing with various foods, we at dLife.in have repeatedly observed that the foods that spike blood sugar the most, contain high amounts of carbohydrates. You can test the veracity of this claim by testing frequently yourself.

As such, high carbohydrate foods are to be avoided. There are no ifs & buts, and no exceptions. This simple thumb rule gives us a reliable yardstick to determine which foods spike blood sugars the most, and to avoid them.

We cannot reiterate this simple fact enough, that:

Type 2 Diabetes is an intolerance to Carbohydrates.

A person allergic to almonds does not carry EpiPen so that they can consume almonds. Similarly, first advising diabetics to consume high carbohydrates, and then to cover it with various drugs & industrial doses of Insulin, is preposterous advice. It further compounds the problem, and the patient gradually slides into a downward spiral, from which the conventional approach does not offer any rescue. Hence conventional medicine thinks of Diabetes as a progressive disease, with various complications being inevitable, whereas it need not be the case.

The Question of Fiber

There are numerous claims that adding fiber to foods causes glucose absorption to slow down, and hence fiber enriched foods are suitable for diabetics. Companies market wheat products fortified with fiber and some other flours, as “Diabetes Friendly”. These products sell like hot cakes. It works for the companies, but does it work for diabetics?

The fact is that in order to achieve a good HbA1C, diabetics need tight regulation of blood sugars. Some fiber may reduce spikes slightly, but it is not enough of a difference to bring blood sugars and HbA1C down to normal levels.

Besides elevated glucose, high carbohydrate foods also lead to elevated insulin levels. In Type 2 diabetics, due to insulin resistance, the insulin requirement is much higher than in non-diabetics, causing the pancreas to go into overdrive, and causing weight gain, and other long term adverse effects in the body. Hence, we at dLife.in recommend to avoid such products.

As always, when in doubt, test for yourself to make sure that the product is safe to eat.

Diabetics do not tolerate Carbohydrates well. So, whenever faced with the question of whether a food is Diabetes Friendly or not, the first step is to determine the macros of the food in question.

Let’s take a close look at macros of a typical “Diabetes Friendly” multi-grain mix, which is available on many sites. 5 kg of this popular mix has the following break-up by weight:

Do the math for the above mix, and one gets the following macros per 100 gm.:

Calorie ratio is as follows:

That means that 77% of the calories in this flour come from Carbohydrates. This is an exceedingly high number, unsuitable for any diabetic. If taken in any normal quantity, it is sure to spike your blood glucose. This is due to the fact that all the constituents of this flour are high carb foods. That’s right, even Chana Dal / Bengal Gram will spike your blood sugar in any but the smallest quantities. Thus, even if you alter the ratios of the various constituents, the flour will still spike, as all its constituents are high carb foods. As such, multi-grain flour is to be avoided.

If still in doubt, you can confirm our claims by having rotis made of this flour, and testing your blood glucose at 1 and 2 hours. Further, we recommend you to try various “Diabetes Friendly” foods, and test frequently to see for yourself how they affect your blood glucose. Alternatively, you can take guidance from veteran members of dLife.in by joining the forum, and take advantage of the experience of these members, who have been achieving non-diabetic numbers for years together, through Indian LCHF Diet.

So How Can I Live Without Roti?

In dLife.in, we have at least 7 versions of the all famous dLife roti posted on the forum. Each roti is typically packed with a punch of 180 kcal, free from all “Diabetes Friendly” flour, and has 12% calories from Carbs. Thus, a real option to “Diabetes Friendly” flour exists, and unlike our example flour, provides a real, workable and nutritious solution.

Besides, many dLifers give up the concept of roti altogether, as many other options exist in the form of 1000+ recipes on the forum. 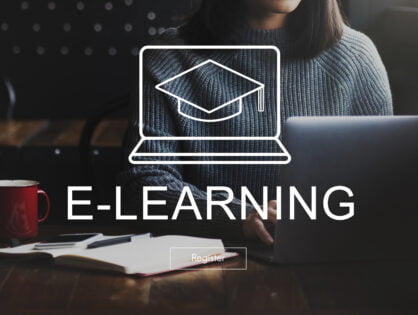 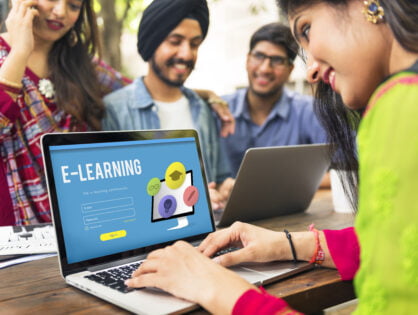 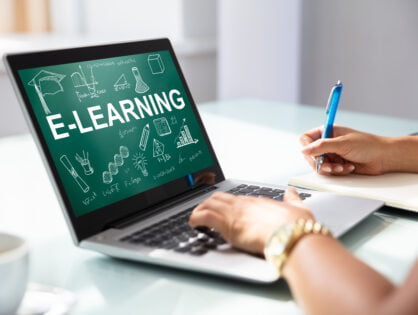 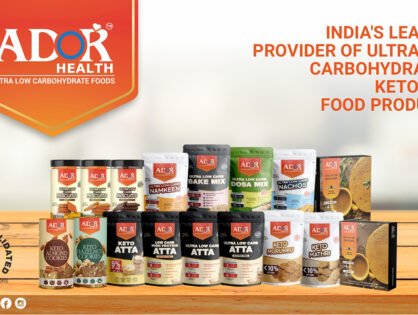 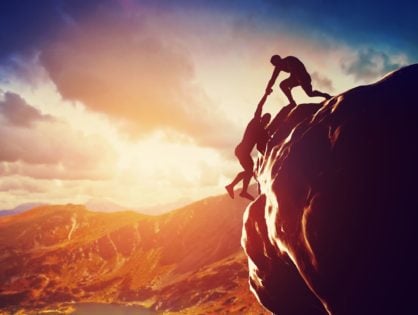 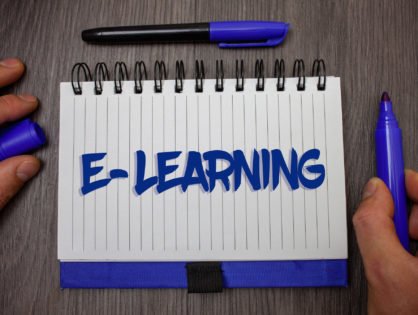 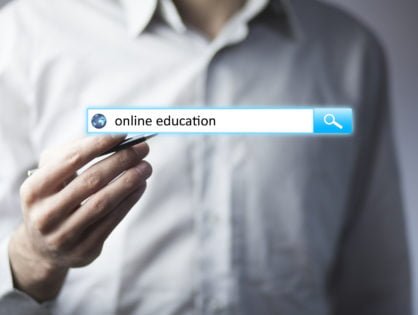 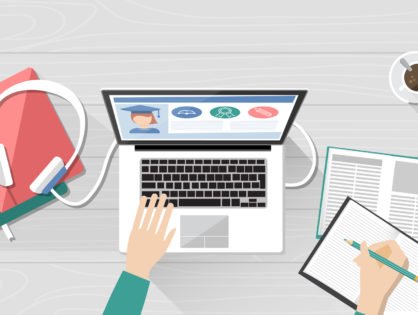